Today embark your journey! Easygoing San Diego embodies the Southern California surfer town fantasy, with its more than 300 days of sun, mild year-round temperatures and accessible, sporty pastimes and tourist attractions. You can hike the Torrey Pines State Natural Reserve to get a glimpse of whale migrations, go sailing in the bay and, of course, surf the famous swells of Del Mar, Oceanside and La Jolla (among many other superb spots). But the sixth-largest city in the United States is surprisingly nuanced, with distinctive neighborhoods: Old Town, North Park, Point Loma and Coronado are all within a few miles of the port, while the bustling Gaslamp Quarter and Little Italy are within walking distance.

Unique compared to Acapulco, Cancún, Zihuatanejo and several other coastal resort towns in Mexico—many of which were created by the government as planned communities—Puerto Vallarta ("PV" to locals), on the Pacific Ocean, retains quite a bit of its colonial-era charm. Its town square, Plaza de Armas, and the gorgeous parish church of Our Lady of Guadalupe, topped with an ornate crown and overlooking the port, serve as the loveliest representations of bygone ages. Alongside these echoes of the past are more modern attractions, including an ambitious public art project along the seaside walkway (the malecón) and trendy restaurants such as La Leche, serving contemporary Mexican cuisine. Round these out with plenty of fun-in-the-sun outdoor activities on and along Banderas Bay (whale-watching! snorkeling! jet-skiing!), excursions that reveal the best of Puerto Vallarta's flora and fauna, and a side trip to one of Mexico's pueblos mágicos (magical towns, a designation conferred by the government to recognize smaller towns that possess historical and cultural value), and you'd be hard-pressed to find a more pleasant place to spend part of your cruising vacation.

Huatulco, situated on Mexico's Pacific Coast in the state of Oaxaca, has nine bays and 36 beaches, offering more than enough opportunities for fun in the sun. The most popular beach is La Entrega, with clean white sand and calm waters, perfect for snorkeling and swimming . . . or just relaxing. But Huatulco's attractions aren't limited to sand and surf; there are also archaeological sites to explore, rivers to raft, and waterfalls whose pools invite childlike splashing. Bird lovers, in particular, will find Huatulco to be especially captivating. The region is home to more than 225 bird species, including many rare ones and a number that are endemic to Mexico, like the Colima pygmy owl and the wildly colorful orange-breasted bunting and citreoline trogon. Bring your bird list, because you're sure to add new species to your "sighted" column. And the food in Huatulco! The food will give you plenty to write home about. The state of Oaxaca has some of the most iconic dishes in Mexico's culinary repertoire. You won't go home hungry.

One of the stops along the Panama Canal Zone route, Puerto Caldera on Costa Rica's Pacific Coast isn't your ordinary port of call, positioned as it is within easy day-trip distance of the country's multiple national parks. The town itself is small, but makes for an ideal base from which travelers can venture out to explore the variety of this Central American country's outdoor attractions and activities. These include snapping photos of gushing waterfalls (and swimming at the base of one, if you bring your swimsuit!), sightseeing near active volcanoes, bird-watching in nature reserves and sanctuaries and horseback riding on Pacific beaches . . . and that's just for starters. Visitors to Puerto Caldera and the surrounding region also enjoy shopping for handicrafts that local artists sell at their cooperatives, as well as sampling traditional Tico cuisine, especially gallo pinto—a combination of rice and beans eaten at any time of the day or night. Puerto Caldera is the perfect reminder that adventure often awaits just around the bend.

Located west of Panama City at the Pacific entrance to the Panama Canal, Fuerte Amador is a gateway to exploring the many faces of this unique Central American country. The impressive engineering of the canal itself is a wonder to behold; a quick trip to the Miraflores Locks' visitor center with its panoramic observation decks offers the chance to watch behemoth barges thread their way through the legendary manmade waterway. Just minutes from the cruise port, the recently opened Biomuseo is a Frank Gehry–designed natural-history museum dedicated to Panama's ecological marvels. And Fuerte Amador sits within easy taxi distance of Panama City, the bustling, multicultural capital metropolis where visitors can wander a conquistador-era UNESCO World Heritage Site, sip coffee in street cafés and peruse modern malls. For a rural escape, it only takes an hour or two by car to trade the city for the tropical rain forests of Soberanía National Park, where an aerial tram carries passengers through treetops, or to meet Emberá tribespeople in their traditional village along the Chagres River.

The town of Balboa stands at the Pacific end of one of the world's great engineering wonders, the Panama Canal. Long the administrative center of the Canal Zone, it was U.S. territory until the last day of the last century, when it was returned to Panama on December 31, 1999. The 77-kilometer (48-mile) route that begins here and ends at the Caribbean unfolds like an epic tale.

Over the span of a decade, tens of thousands of workers drilled dynamite holes, drove belching steam shovels and labored with pickaxes, all the while fighting off malaria. While the French builders of the Suez Canal ultimately gave up in Panama, American crews persevered as they hauled away mountains and created a route across the continent. As David McCullough recounts in The Path Between the Seas, it was a combination of sheer human might and what was at the time the latest engineering prowess that made this feat possible. It has since saved many sailors from the almost 13,000-kilometer (8,000-mile) journey around the tip of South America. In 2016 an expansion more than doubled the Panama Canal's capacity, ensuring that it will continue to be central to the world's maritime traffic.

The construction of the Panama Canal is one of those epic tales from the past, an old-school feat of engineering, ambition and courage. A cruise along it today is a journey through the centuries, from the Spanish fortifications near Limón Bay to the glittering skyline of Panama City, not to mention the canal itself. Over the course of a decade a little more than a century ago, tens of thousands of workers drilled dynamite holes, drove belching steam shovels and labored with pickaxes, all the while fighting off malaria. While the French builders of the Suez Canal ultimately gave up in Panama, American crews persevered and created a route allowing ships to travel across a continent. As David McCullough recounts in his sweeping history The Path Between the Seas, it was a combination of sheer human might and engineering prowess. In 2016 an expansion more than doubled the canal's capacity, ensuring it will continue to be central to the world's maritime traffic. While many think of the Panama Canal only as a remarkable manmade achievement, the area is also of interest to naturalists. Panama’s rain forest suffered great biodiversity loss during the canal's construction, but today more than 100 species each of mammals and reptiles, as well as some 500 different birds, thrive in the nature reserves along the length of the canal.

Its official name is Cartagena de Indias—or "Cartagena of the Indies"—but call it Cartagena for short. The formal name hints at this Colombian city's colonial relationship with Spain; it was founded in 1533 and named after the mother country's Cartagena. Colombia declared independence in 1810, but there's plenty about its fifth-largest city that evokes old Spain, including the impressive fort of Castillo San Felipe de Barajas, and the wall that encloses the old town, one of the few intact structures of its kind in the Americas. Both were considered important enough to inscribe on UNESCO's list of World Heritage Sites in 1984. They may be historical artifacts, but the fortress and wall aren't merely tourist attractions; they are central to daily life here. Take a stroll and you'll see couples sitting atop the wall, locked in passionate embraces; parents watching their children walk it like a balance beam; and friends chatting while enjoying the Caribbean breeze. Along with history, there's cultural and culinary intrigue here, too. This colorful city was a muse of the late Nobel Prize–winning writer Gabriel García Márquez, and is increasingly being recognized outside Colombia for its cuisine, which takes many cues from Caribbean ingredients. (Don't leave without trying the coconut rice.)

Our journey comes to an end as we arrive into port at Fort Lauderdale with fond memories of our trip.

Take a trip of a lifetime with Distinctive Voyages. This exclusive collection includes extra amenities paired with exceptional cruises, at no additional cost. Each sailing features:

Disclaimer: Sailing dates and amenities, including exclusive shore events, are subject to change without notice. Amenities apply to 1st and 2nd passenger only. Offers are subject to availability at time of booking, and may be altered or withdrawn at any time without notice. Pricing will be confirmed at time of booking. Cancellations, refunds, and penalties are imposed by the individual cruise lines. Distinctive Voyages amenities may be substituted if a minimum number of guests are not confirmed on any given departure. Exclusive Shore Events vary. Promotion combinability varies. This sailing is eligible for: Distinctive Voyage Including Host, Private Welcome Reception & Exclusive Shore Event 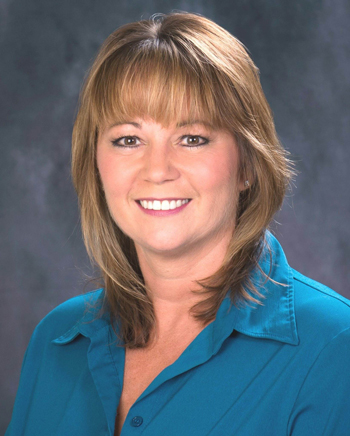 Have questions about this trip?